0 Pirkanmaa Diaspora around the world 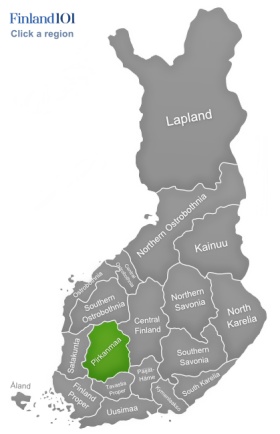 Pirkanmaa is located in southern Finland and unlike many other regions, it does not border on any major bodies of water. However, there are several lakes and rivers running through the region and it is also part of the historical province of Tavastia before it was split up. Bordered by six region including Southern Ostrobothnia at the north and Central Finland on the northeast, Pirkanmaa has a relatively large population for what is a reasonably small geographical area.

Pirkanmaa has 22 municipalities in all with half of them cities and the capital city of Tampere is home to more than 200,000 people. This makes it Finland’s largest centrally-located city, with a total population of 500,000 ensuring it is Finland’s most  populous regions. The region of Pirkanmaa is bordered by other six other regions, so there is no major coastline. Although this absence of coastline means the region has many rivers and boreal forests, which are common throughout Finland.

As with neighboring regiond, Pirkanmaa is home to a very cold sub-arctic climate. This gives it long, cold winters and mild, short summers with the average temperatures dropping to  -5 °C in January and then 22 °C in the warmer month of July.

Tampere is the capital city of Pirkanmaa, one of the most populous in all of Finland, and the largest inland city in all of the Nordic countries. The city of Tampere has a population of more than 200,000 making it second only to the country’s capital city of Helsinki when it comes to the amount of people who call the city their home. Tampere is widely known to be Finland's most important economic and cultural center that is not located on a coastline is also home to Finland’s third-largest airport.