0 Uusimaa Diaspora around the world 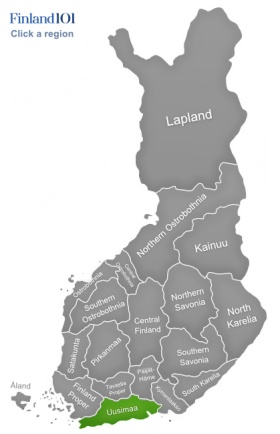 Located in the south of Finland, Uusimaa is the largest urban area in all of Finland and bordered to the south by the Gulf of Finland, to the north by Päijät-Häme and Tavastia. Hosting a total of 26 municipalities and 13 of them with the status of being a city, this is also the region in which you will find Helsinki, the capital of Finland.

Helsinki, being the capital of Finland, is home to 629,512 in the city area alone which is almost half of the regions total population. Falling just behind Oslo, Norway and Stockholm Sweden, Helsinki ranks as the third largest city in all of the Nordic nations and is the northernmost capital of any EU member. While playing a major part in Europe, Helsinki is by far the cultural, financial, political, and educational epicenter of Finland. It is also by far the most diverse city in the country and is home to over 140 different nationalities, with this group making up 8% of the city’s overall population.

With Helsinki within its borders, the Uusimaa region generates one third of the country’s overall GDP and ranks with Paris and Stockholm when it comes to the total size of its economy. Nearly 85% of the biggest businesses in Finland are located in the metro area of Helsinki, as well as a majority of the country’s highest-paid executives.

The tap water in Helsinki is so pure that it’s bottled up and sold to other countries that are in need of clean drinking water, such as Saudi Arabia.

The Helsinki Airport is located in the region of Uusimaa and is the largest and most used airport in Finland. It’s the main way in and out of Finland and the 31st largest airport in all of Europe. Nearly 90% of Finland’s international flights go through the Helsinki Airport and in 2015 16.4 million passengers flew in or out of the airport with nearly 80% of them being international flights.